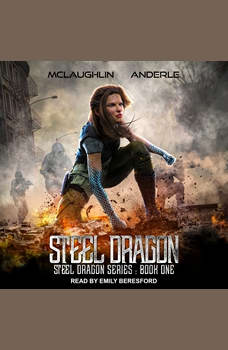 Dragons rule the world. Their claws are into every aspect of human life, from government to industry. But Kristen Hall is about to throw a wrench into all of that. Because she's a dragon, too. She just doesn't know it . . . yet! A dragon raised by humans, in the human world. After graduating from the police academy, she's dropped right into the ranks of Detroit's elite SWAT team. A rookie, in SWAT? Unheard of. But what the dragons want, they get. The reasons behind their machinations become clear as her dragon powers begin to surface. Will Kristen rise to the challenges her new life delivers? What designs do the dragons have for her future? And perhaps most pressing of all-how did she come to be a dragon with human parents?