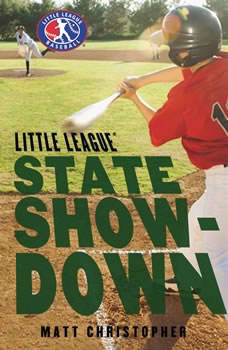 In the third book of this five book Little League BaseballA® series, pitcher Carter Jones and his Forest Park All-Star teammates move on to Sectionals competition. Catcher Liam McGrath, Carter's cousin, has to work together with a rival-turned-teammate. A© 2013 Little League Baseball, Incorporated.