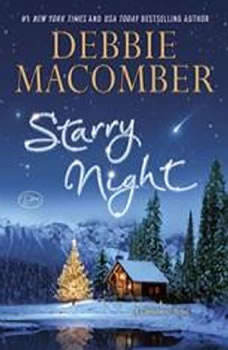 ’Tis the season for romance, second chances, and Christmas cheer with this new novel from Debbie Macomber.

Carrie Slayton, a big-city society-page columnist, longs to write more serious news stories. So her editor hands her a challenge: She can cover any topic she wants, but only if she first scores the paper an interview with Finn Dalton, the notoriously reclusive author.

Living in the remote Alaskan wilderness, Finn has written a megabestselling memoir about surviving in the wild. But he stubbornly declines to speak to anyone in the press, and no one even knows exactly where he lives.

Digging deep into Finn’s past, Carrie develops a theory on his whereabouts. It is the holidays, but her career is at stake, so she forsakes her family celebrations and flies out to snowy Alaska. When she finally finds Finn, she discovers a man both more charismatic and more stubborn than she even expected. And soon she is torn between pursuing the story of a lifetime and following her heart.

Filled with all the comforts and joys of Christmastime, Starry Night is a delightful novel of finding happiness in the most surprising places.

“[A] holiday confection . . . as much a part of the season for some readers as cookies and candy canes.”—Kirkus Reviews

“A sweet contemporary Christmas romance . . . [that] the best-selling author’s many fans will enjoy.”—Library Journal

“Macomber can be depended on for an excellent story. . . . Readers will remain firmly planted in the beginnings of a beautiful love story between two of the most unlikely characters.”—RT Book Reviews (Top Pick, 4½ stars)

“Macomber, the prolific and beloved author of countless bestsellers, has penned a romantic story that will pull at your heartstrings with its holiday theme and emphasis on love and finding that special someone.”—Bookreporter

“Magical . . . Macomber has given us another delightful romantic story to cherish. This one will touch your heart just as much as her other Christmas stories. Don’t miss it!”—Fresh Fiction