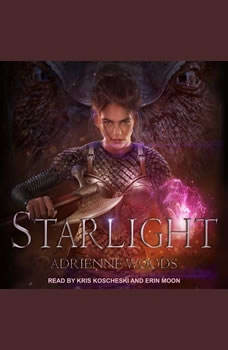 In the fifth and final part of the Dragonian series, eighteen-year-old Elena Watkins and her dragon, the Rubicon, need to find the missing ingredients in order to free her father from Etan. But what could the missing ingredient be? And will she be willing to sacrifice her life if they don't find it before time runs out?

The life of a star-studded royal has not been kind to eighteen-year-old Elena Watkins. With a Council breathing down her neck and a dragon that refuses to accept her as her rider, she must convince everyone that she is ready to rule Paegeia like her...

For seventeen-year-old Elena Watkins, the world of Paegeia is not finished revealing all its secrets. During a summer break intended for relaxation, she discovers that her harrowing adventure to retrieve the King of Lion sword wasn't the destiny for...

Losing Lucian McKenzie, the Prince of her heart, and discovering her true identity has made Elena Watkins's life almost unbearable. However, new trials will test the seventeen-year-old's strength and push her to limits she didn't think were possible...

An epic, romantic, and action-packed fantasy inspired by the tale of Rumpelstiltskin, about a bastard princess who must take on an evil fae to save her brother’s soul, from C. J. Redwine, the New York Times bestselling author of The Shadow Qu...

Princess Aislynn has long dreamed about attending her Introduction Ball, about dancing with the handsome suitors her adviser has chosen for her, about meeting her true love and starting her happily ever after.When the night of the ball finally arri...

A Villains Collection
by Serena Valentino

This collection includes all three books in Serena Valentinos Villains trilogy. Fairest of All: A Tale of the Wicked Queen Why exactly is the wicked Queen so nasty, particularly to Snow White? Perhaps it has something to do with the creepy-looking...

Dragons. Right. Teenage girls don't believe in fairy tales, and sixteen-year-old Elena Watkins was no different—until the night a fairy tale killed her father. Now Elena's in a new world, and a new school. The cutest guy around may be an evil...

Splintered
by A. G. Howard

This stunning debut captures the grotesque madness of Underland, as well as a girl's pangs of first love and independence. Alyssa Gardner hears the whispers of bugs and flowers-precisely the affliction that landed her mother in a mental hospital yea...