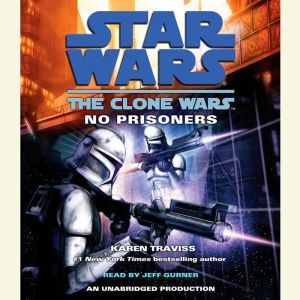 The Clone Wars rage on. As insurgent Separatists fight furiously to wrest control of the galaxy from the Republic, Supreme Chancellor Palpatine cunningly manipulates both sides for his own sinister purposes. Torrent Company’s Captain Rex agrees to temporarily relieve Anakin Skywalker of Ahsoka, his ubiquitous–and insatiably curious–Padawan, by bringing her along on a routine three-day shakedown cruise aboard Captain Gilad Pellaeon’s newly refitted assault ship. But the training run becomes an active–and dangerous–rescue mission when Republic undercover agent Hallena Devis goes missing in the middle of a Separatist invasion.Dispatched to a distant world to aid a local dictator facing a revolution, Hallena finds herself surrounded by angry freedom fighters and questioning the Republic’s methods–and motives. Summoned to rescue the missing operative who is also his secret love, Pellaeon–sworn to protect the Republic over all–is torn between duty and desire. And Ahsoka, sent in with Rex and six untested clone troopers to extract Hallena, encounters a new and different Jedi philosophy, which shakes the foundation of her upbringing to the core. As danger and intrigue intensify, the loyalties and convictions of all involved will be tested. . . .From the Trade Paperback edition.