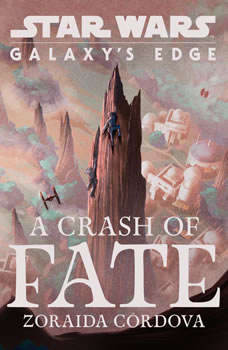 Izzy and Jules were best friends until Izzy's family abruptly left Batuu when she was six. But now she's back, and Jules, the boy who never left, is unsure what to make of her. While on the run from vengeful smugglers and an angry pirate, Jules and Izzy will come to terms with who they are, and what they mean to each other.