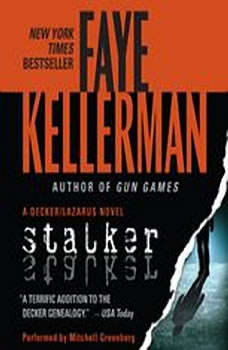 L.A. Homicide Detective Peter Decker never wanted the perils of his job to touch his family. But now his two worlds have collided.A first year rookie with the LAPD's Hollywood Division, Cynthia Decker became a cop against her father, Peter Decker's, wishes. But police work is in her blood, and she's determined to make it on her own -- even now, when her razor sharp instincts for danger are telling her that something is very wrong...The signs are impossible to ignore: things being moved around in her apartment, the destruction of personal effects. But it's a harrowing trip down a dark canyon road that confirms Cindy's worst fears. Someone fiendishly relentless, and with decidedly evil intentions, is stalking her. And with Peter Decker isolated from her troubles by his own investigation into a disturbing series of car-jackings, it's up to Cindy alone to find out who in her personal and/or professional life wants her frightened or harmed...or dead.