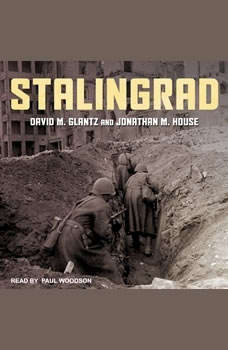 Tantor Audio presents the complete audio version of the long awaited one-volume campaign history from the leading experts of the decisive clash of Nazi and Soviet forces at Stalingrad. Stalingrad is an abridged edition of the five-volume Stalingrad Trilogy.

New York Times Bestseller In the tradition of Jon Krakauer’s Into Thin Air and Sebastian Junger’s The Perfect Storm comes a true tale of riveting adventure in which two weekend scuba divers risk everything to solve a great histo...