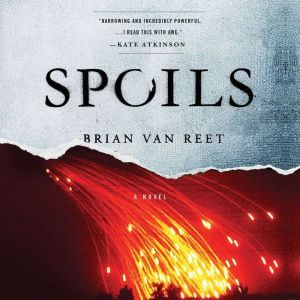 "The finest Iraq War novel yet written by an American"-- Wall Street Journal, 10 Best Novels of the Year "An electrifying debut" (The Economist) that maps the blurred lines between good and evil, soldier and civilian, victor and vanquished. Longlisted for the Andrew Carnegie Medal for Excellence It is April 2003. American forces have taken Baghdad and are now charged with winning hearts and minds. But this vital tipping point is barely recognized for what it is, as a series of miscalculations and blunders fuels an already-simmering insurgency intent on making Iraq the next graveyard of empires.In dazzling and propulsive prose, Brian Van Reet explores the lives on both sides of the battle lines: Cassandra, a nineteen-year-old gunner on an American Humvee who is captured during a deadly firefight and awakens in a prison cell; Abu Al-Hool, a lifelong mujahedeen beset by a simmering crisis of conscience as he struggles against enemies from without and within, including the new wave of far more radicalized jihadists; and Specialist Sleed, a tank crewman who goes along with a "victimless" crime, the consequences of which are more awful than any he could have imagined.Depicting a war spinning rapidly out of control, destined to become a modern classic, Spoils is an unsparing and morally complex novel that chronicles the achingly human cost of combat.