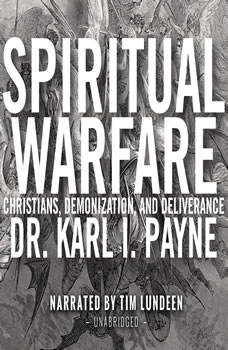 The Bible is explicit: we live in a world of distinct opponents where our very lives are a battle. Yet too many Christians lose more battles than they win. They endure their walk with God rather than enjoy it because they don't recognize the enemy when they see it. More importantly, they have no idea how to respond. While society tells us that we can react simply, the truth is that a wish, a hope, and a prayer are not the best responses to attacks from those who stand between us and the Father. Christians must be strategic in their reactions to these clearly defined enemies, learning how to fight biblically and effectively rather than just sincerely. In Spiritual Warfare, Dr. Karl Payne-the pastor of Leadership Development and Discipleship at Antioch Bible Church and the chaplain for the NFL's Seattle Seahawks-has written a guidebook for defense that is simple, biblical, and transferable. His teaching on how to recognize and resolve attacks from the world reveals that we are more than conquerors in Christ.