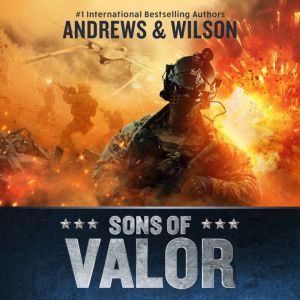 Series: The Tier One Shared-World Series #1

Sons of valor ... Navy SEAL Keith "Chunk" Redman has been one of the military's top doorkickers since the day he pinned on his trident: loyal, single-minded, lethal. Tasked to lead a new, covert team of Tier One SEALs-the most elite special operators in the world-Chunk can no longer simply rely on the status quo. To safeguard America, he needs help to stay a step ahead of its adversaries. Brilliant at spotting patterns in the data that others miss, ex-CIA analyst Whitney Watts sees evidence of a troubling link between illicit Chinese arms sales and an attack on a US military convoy in Afghanistan. If she's right, it would portend not only massive casualties, but a devastating threat to global stability. Sons of war ... From the ashes of a never-ending war, a new generation of terrorists has arisen: sophisticated, tech-savvy, and hiding in plain sight among America's allies. Battered by the Taliban and by the West, they call themselves al Qadr-Power and Destiny-and they're determined to wrest back control of their homeland. Armed with a powerful combat drone, they can strike with deadly precision at US forces in the region-but their ambitions reach far, far beyond that. A new legacy ... The new Tier One's first mission will require them to not only prove themselves, but to stop an enemy who's using military tactics against them. Chunk and his team aren't just the tip of the spear; they're America's first, last, and best counterterrorism defense. And they couldn't have arrived at a more urgent-and perilous-time.