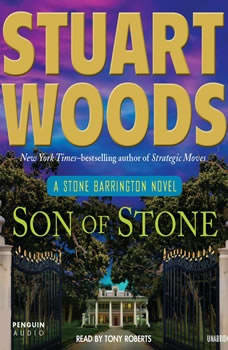 After an eventful trip to Bel-Air and a reunion with his sophisticated (and very wealthy) former love, Arrington Calder, Stone Barrington is back in New York, and he's looking to stay closer to home and cash in on his partnership at Woodman & Weld.

But Arrington has other plans for Stone...including introducing him to the child he fathered many years ago.

The story reads like the first attempt to write a novel. The plot is ludicrous as are the characters. There isnt a 16 year old boy in the world that talks & acts like Peter. If this is how money lives, Im glad Im not rich.