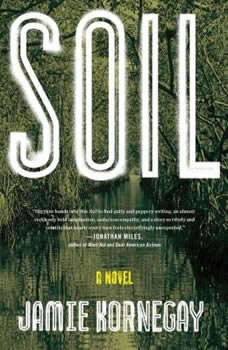 A darkly comic debut novel by an independent bookseller about an idealistic young farmer who moves his family to a Mississippi flood basin, suffers financial ruinand becomes increasingly paranoid hes being framed for murder. It all began with a simple dream. An ambitious young environmental scientist hoped to establish a sustainable farm on a small patch of river-bottom land nestled among the Mississippi hills. Jay Mize convinced his wife Sandy to move their six-year-old son away from town and to a rich and lush parcel where Jacob could run free and Jay could pursue the dream of a new and progressive agriculture for the twenty-first century. He did not know that within a year hed be ruined, that flood and pestilence would invade his fledgling farm or that his wife and son would leave him to pick up the pieces by himself.