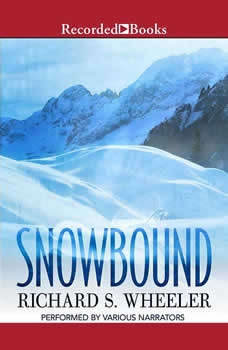 In this powerful biographical novel, Richard Wheeler-- winner of the Owen Wister Lifetime Achievement Award and five Spur Awards-- tells the amazing tale of the American explorer and hero, John Fremont, and his attempt to find a railway route to the west along the 38th parallel. Trapped in the snowbound Colorado mountains, Fremont must fight his way out. He battles the frigid elements in a harrowing journey over the backbone of the continent. In this tale of desperate danger and fierce courage, Wheeler presents the reader with a survival saga par excellence-- a struggle of man against man, man against nature, man against himself-- and a novel you will never forget. Narrators: Brian Hutchinson, T. Ryder Smith, Robert Ian Mackenzie, Jim Colby, Celeste Ciulla, Scott Sowers, James Jenner, Tom Stechschulte