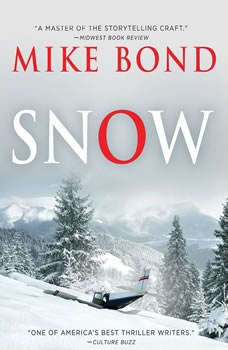 Three hunters find a crashed cocaine plane in the Montana wilderness. Each has a reason to steal the cocaine – who will?The two who do steal it soon find themselves hunted by the Mexican cocaine cartel, the DEA, Las Vegas killers, their guide, and the police of several states.Zack, a former NFL star now a TV sports icon, owes two million to some nasty people in Vegas. Steve, a Wall Street broker, may have lost all of his and Zack’s investments. Curt, their guide, a half-Cheyenne mountain man, is trying to save his ranch from an energy company takeover.Diego is an executioner for the cocaine cartel. María Christina, a Harvard grad and Yale MBA, runs the cartel. Whitney Castro is a black girl from the Denver slums, now a brilliant DEA agent. Kenny Stauffenberg is an easy-going Montana sheriff who never gives up a hunt.From the frozen peaks of Montana to the heights of Wall Street, the slums of Denver and the million-dollar tables at Vegas, SNOW is an electric portrait of today’s American culture, the invisible line between good and evil, and what people will do in their frantic search for love and freedom.

The Rich Girls' Club
by HoneyB