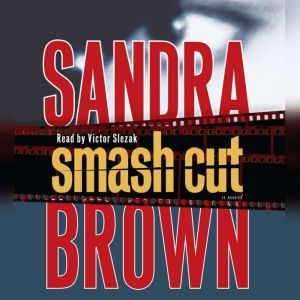 THE PRINCIPALS Paul Wheeler. CEO of the Wheeler Enterprises empire. At age fifty-two, he's a pillar of Atlanta society and a brilliant businessman. But Paul is out of the picture even before the opening credits -- shot dead during an armed robbery. Julie Rutledge. A savvy, cultured, and attractive Southern woman, seasoned by a stint of study and romance in Paris. She owns the city's most successful and sophisticated art gallery on Peachtree Street. She was also Paul Wheeler's weekly companion at the hotel where he was murdered and was hand in hand with him at the time of his death. Derek Mitchell. A defense lawyer of renown. Successful, handsome, and despised by the Atlanta PD for his courtroom victories, he goes to the mat to make a case for every client - and headlines for himself. A guilty verdict is not an option. Yet he's not entirely without a conscience, as proven when his life takes a terrible turn toward the cinematic. Creighton Wheeler. The prodigal nephew of Paul. With movie-star looks and guileless blue eyes, the twenty-eight-year-old playboy has a penchant for call girls, fast cars, and designer clothes. But his passion is movies. He studies them, quotes them...and lives them. Even those closest to Creighton can't be sure when he exits reality and enters the fantasy world of films. STORYBOARD The murder of Paul Wheeler has all the elements of a blockbuster: family rivalries, incalculable wealth, and a prominent man dying in the arms of his beautiful mistress. It's a case that could earn Derek Mitchell even greater star power. When the Wheeler family approaches him about defending Creighton for his uncle's murder -- even before he's charged -- he jumps at the chance. But Derek soon discovers that Julie will stop at nothing to secure justice for Paul -- and that includes preventing Derek from defending Creighton. Infuriated, Derek realizes that his hands have been tied in a way that could not only cost him the case, but ruin his entire career. Although Creighton has a rock-solid alibi, Julie is convinced that he is responsible for Paul's murder. But the homicide detectives have another theory. Caught in several lies, and keeping secrets from Derek and the police, Julie is suspected of casting blame on Creighton to cover her own crime. Meanwhile, Derek fears he's once again being duped...yet he burns with jealousy when he thinks of Julie with her late lover. But the more Derek learns about Creighton and his darker side, the more he doubts the young man's innocence. And hiding in a squalid motel under an assumed name is the one man, a career criminal, a killer, who knows the truth. The clock ticks down toward a shocking ending as Derek and Julie seek to learn whether Creighton's fascination with movie murders is merely a bizarre hobby or depravity. Has he begun reenacting cinema's goriest scenes...and, if so, who will be his unwitting costars? They won't know until the final SMASH CUT. From "masterful storyteller" Sandra Brown (USA Today) comes this thrilling new novel full of jarring twists and breathless suspense that will have you on the edge of your seat.

Brown can always be counted on for a good read, but every few books, she just NAILS IT!! This is one of those books. Enjoy!