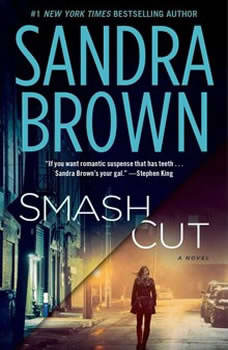 The latest thriller from "masterful storyteller" (USA Today) Sandra Brown THE PRINCIPALS: Paul Wheeler: CEO of the Wheeler Enterprises empire, is shot dead during an armed robbery. Julie Rutledge: A savvy, cultured, and attractive Southern woman, was hand-inhand with Paul Wheeler at the time of his death. Derek Mitchell: A defense lawyer of renown, he goes to the mat to make a case for every client -- and headlines for himself. Creighton Wheeler: The prodigal nephew of Paul and a playboy with a passion for movies. Even those closest to Creighton can't be sure when he exits reality and enters the fantasy world of films. STORYBOARD: The murder of Paul Wheeler has all the elements of a blockbuster: family rivalries, incalculable wealth, and a prominent man dying in the arms of his beautiful mistress. It's a case that could earn Derek Mitchell even greater star power. When the Wheeler family approaches him about defending Creighton for his uncle's murder -- even before he's charged -- he jumps at the chance. Although Creighton has a rock-solid alibi, Julie is convinced that he is responsible for Paul's murder. Caught in several lies, and keeping secrets from Derek and the police, Julie is suspected of casting blame on Creighton to cover her own crime. Meanwhile, Derek fears he's being duped...yet he burns with jealousy when he thinks of Julie with her late lover. But the more Derek learns about Creighton, the more he doubts the young man's innocence. And hiding in a squalid motel under an assumed name is the one man, a career criminal, a killer, who knows the truth. The clock ticks down toward a shocking ending that can't be known until the final SMASH CUT. Unabridged Compact Disk Includes a Bonus MP3 CD of Sandra Brown's The Switch!

Brown can always be counted on for a good read, but every few books, she just NAILS IT!! This is one of those books. Enjoy!