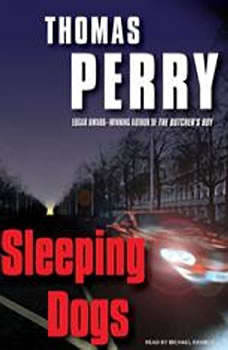 He came to England to rest. He calls himself Michael Shaeffer, says he's a retired American businessman. He goes to the races, dates a kinky aristocrat, and sleeps with dozens of weapons. Ten years ago it was different. Then, he was the Butcher's Boy, the highly skilled mob hit man who pulled a slaughter job on some double-crossing clients and started a mob war. Ever since, there's been a price on his head. Now, after a decade, they've found him. The Butcher's Boy escapes back to the States with more reasons to kill. Until the odds turn terrifyingly against him...until the Mafia, the cops, the FBI, and the damn Justice Department want his hide...until he's locked into a cross-country odyssey of fear and death that could tear his world to pieces.

The Shadow Patrol
by Alex Berenson

In 2009, the CIA's Kabul Station fell for a source who promised to lead it to Bin Laden, but instead he blew himself up, taking the station's most senior officers with him. Now, more than two years later, the station is still floundering, agents ...

The Gold Coast
by Nelson DeMille

Welcome to the fabled Gold Coast, that stretch on the North Shore of Long Island that once held the greatest concentration of wealth and power in America. Here two men are destined for an explosive collision: John Sutter, Wall Street lawyer, holdin...

The Night Ranger
by Alex Berenson

John Wells enters new territory, as he goes underground in East Africa to track four kidnapped Americans and the Somali bandits who snatched them, in the tough, thoughtful, the electrifying novel from the #1 New York Times–bestselling author. ...