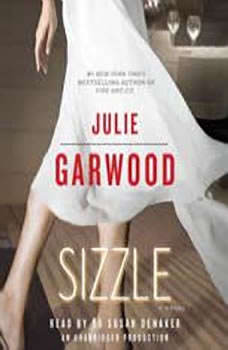 Lyra Prescott, a Los Angeles film student, is closing in on graduation and facing important decisions about her future. She's already been offered a job at her hometown TV station, an opportunity that could ultimately launch her dream career as a film editor. But heading back home would also mean dealing with her overprotective brothers, social-climbing mother, and eccentric grandmother. Unsure of her future, Lyra dives into work on her final school assignment: a documentary transformed by a twist of fate into a real-life horror film.

After she unwittingly captures a shocking crime on camera, a rash of mysterious, treacherous incidents convince Lyra that she's trapped in a sinister scenario headed for a violent ending. Running scared, she turns to her best friend, Sidney Buchanan, whose connections bring dauntless and devilishly handsome FBI agent Sam Kincaid into Lyra's life. As the noose of deadly intrigue tightens and the feelings between them deepen, Lyra and Sam must place their faith in each other's hands—and stand together against the malevolent forces about to break loose.

No one mixes life-and-death suspense with feverish desire better than Julie Garwood. In Sizzle she burns hotter and brighter than ever, keeping the action and passion blazing till the incredible, unforgettable end.

TV reporter Tiel McCoy is driving down Interstate 20 on her way to New Mexico for a well-earned vacation. But her itinerary is rewritten when she hears on the radio that the teenage daughter of a well-known Fort Worth multi-millionaire has been kidn...

W is For Wasted
by Sue Grafton

Of the #1 New York Times bestselling Kinsey Millhone series, NPR said, “Makes me wish there were more than 26 letters.”Two dead bodies changed the course of my life that fall. One of them I knew and the other I’d never laid eyes on...

Mary DiNunzio is strong, smart, and she's got plenty of attitude. In recent years, she's become a big-time business-getter at Rosato & Associates, but the last person she expects to walk into her office is Trish Gambone, her high school rival. ...