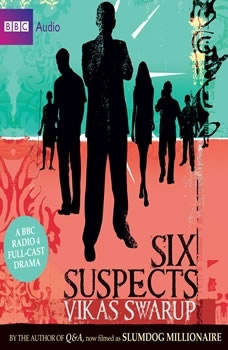 There's a caste system-even in murder. Vicky Rai, the son of a high-profile Minister, has been shot dead by one of the guests at his own party. They are a glitzy bunch, but among them the police find six strange, displaced characters with a gun in their possession, each of them steaming with a secret motive. India's wiliest investigative journalist, Arun Advani, makes it his mission to nail the murderer. In doing so, the amazing, tender, and touching, technicolor lives of six eccentric characters unravel before our eyes. But can we trust Advani? Or does he have another agenda in mind...? Winner of an AudioFile Earphones Award.