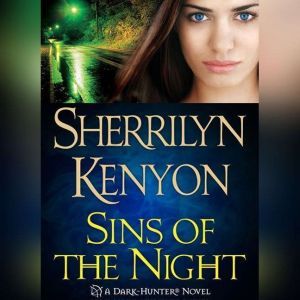 Sins of the Night

In the realm of the Dark-Hunters there is a code of honor that even immortal bad boys must follow:Harm no human. Drink no blood. Never fall in love. But every now and again a Dark-Hunter thinks himself above the Code. That's when I'm summoned. Who am I? I'm the one thing the fearless fear. Step over the line and it's my wrath you will face. Nothing can touch me. Nothing can sway me. I am relentless and unfeeling.Or so I thought until I met a female Dark-Hunter who goes by the name of Danger-it's not just her name, it's how she lives her life. She doesn't trust me at all. And who could blame her? She alone knows that I'm here to be judge, jury and most likely executioner of her friends. Yet she is my key to saving some of them. Without her, they all will die.Dangereuse St. Richard is a deadly distraction. Something about her is reawakening a heart I thought was long dead. But in a race against evil, the only hope mankind has is that I do my duty. And how can I do my duty when it means that I will have to sacrifice the only woman I've ever loved?

sort of a vampire book, sort of not.. this is part of a series that i hadn't read before. it's got fighting and demons and ancient people... just the sort of thing that will keep your attention. do read it. 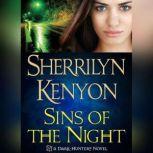 Sins of the Night
Dark-Hunter