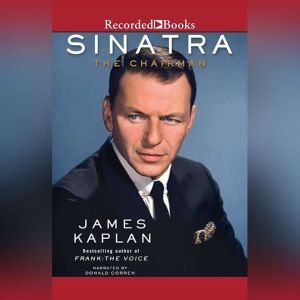 Positioning Statement Just in time for the Chairman's centennial, the endlessly absorbing sequel to James Kaplan's bestselling Frank: The Voice--finally the definitive biography that Frank Sinatra, justly termed "The Entertainer of the Century," deserves and requires. Like Peter Guralnick on Elvis, Kaplan goes behind the legend to give us the man in full, in his many guises and aspects: peerless singer, (sometimes) powerful actor, business mogul, tireless lover and associate of the powerful and infamous. Description In 2010's Frank: The Voice, James Kaplan, in rich, distinctive, compulsively-readable prose, told the story of Frank Sinatra's meteroic rise to fame, subsequent failures, and reinvention as a star of the stage and screen. The story of "Ol' Blue Eyes" continues with Sinatra: The Chairman, picking up the day after Frank claimed his Academy Award in 1954 and had reestablished himself as the top recording artist in music. Frank's life post-Oscar was incredibly dense: in between recording albums and singles, he often shot four or five movies a year; did TV show and nightclub appearances; started his own label, Reprise; and juggled his considerable commercial ventures (movie production, the restaurant business, even prizefighter management) alongside his famous and sometimes notorious social activities and commitments. Selling Points Happy Hundredth Birthday, Frank. Here's the wonderful biography you've been waiting for and deserve: Dec. 12, 2015 will be Sinatra's centennial. Many books will be published that fall to tie in with that event. None will be better or more fitting than James Kaplan's two-volume masterpiece of popular biography. Gives us Frank Sinatra in his every mood and aspect: the dark and the light, the kind and the cruel, the humanitarian and the petty tyrant, the true romantic and the compulsive gigolo, the perfectionist in the recording studio and the one-take-Charley on the film set... as Walt Whitman once said, Frank contradicts himself, he contained multitudes. Guaranteed to garner massive amounts of reviews and publicity:Frank received rapturous reviews and this volume has been eagerly awaited. That fact, on top of the Sinatra centennial and the sheer excellence and readability of the book, makes such voluminous coverage a certainty. The Rat Pack. The Manchurian Candidate. Ocean's 11. Sam Giancana and JFK. Lauren Bacall, Mia Farrow, Kim Novak, Marilyn Monroe, and as ever, Ava Gardner. Immortal record albums with Nelson Riddle. Do we have your attention? It was Frank's world, we just lived in it. About the Author James Kaplan has been writing about people and ideas in business and popular culture, as well as notable fiction (Best American Short Stories), for over three decades. His essays and reviews, as well as more than a hundred major profiles of figures, have appeared in many magazines including The New Yorker, The New York Times Magazine, Vanity Fair, Esquire, and New York. His novels include Pearl's Progress and Two Guys From Verona, a New York Times Notable Book for 1998. His nonfiction works include The Airport, You Cannot Be Serious (co-authored with John McEnroe), Dean and Me: A Love Story (with Jerry Lewis), and the first volume of his definitive biography of Frank Sinatra, Frank: The Voice. He lives in Westchester, New York, with his wife and three sons. 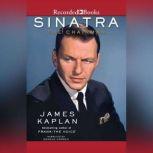 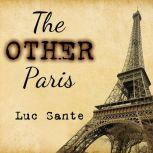 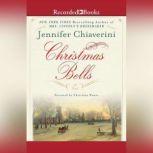