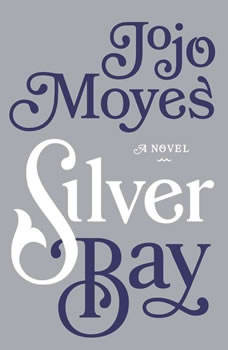 From the New York Times bestselling author of Me Before You and One Plus One, a surprising and moving romance set in an old-fashioned seaside town on the verge of unwelcome change

Liza McCullen will never fully escape her past. But the unspoiled beaches and tight-knit community of Silver Bay offer the freedom and safety she craves—if not for herself, then for her young daughter, Hannah. That is, until Mike Dormer arrives as a guest in her aunt’s hotel.

The mild-mannered Englishman with his too-smart clothes and distracting eyes could destroy everything Liza has worked so hard to protect: not only the family business and the bay that harbors her beloved whales, but also her conviction that she will never love—never deserve to love—again.

For his part, Mike Dormer is expecting just another business deal—an easy job kick-starting a resort in a small seaside town ripe for development. But he finds that he doesn’t quite know what to make of the eccentric inhabitants of the ramshackle Silver Bay Hotel, especially not enigmatic Liza McCullen, and their claim to the surrounding waters.

As the development begins to take on a momentum of its own, Mike’s and Liza’s worlds collide in this hugely affecting and irresistible tale full of Jojo Moyes’s signature humor and generosity.