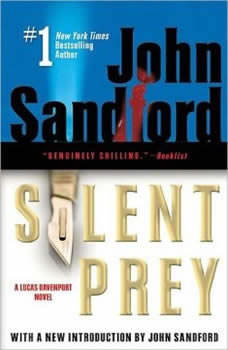 In Eyes of Prey, Bekker, an insane pathologist who experiments with his patients’ pain thresholds, is finally brought down by an unrelenting Lucas Davenport, who brutally maims the doctor’s beautiful face but leaves him alive. “You should have killed me,” were Bekker’s parting and prophetic words. In this sequel to Eyes of Prey, Bekker endures the indignities and horrors of imprisonment, taking comfort in the fact that it is only a matter of time before he will make Lucas Davenport pay.