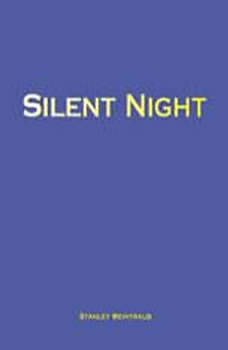 Silent Night: The Story of the World War I Christmas Truce

In the early months of World War I, on Christmas Eve, men on both sides of the trenches laid down their arms and joined in a spontaneous celebration. Despite orders to continue shooting, the unofficial truce spread across the front lines. Even the participants found what they were doing incredible: Germans placed candlelit Christmas trees on trench parapets, warring soldiers sang carols, and men on both sides shared food parcels from home. They climbed from the trenches to meet in "No Man's Land" where they buried the dead, exchanged gifts, ate and drank together, and even played soccer.

Throughout his narrative, Stanley Weintraub uses the stories of the men who were there, as well as their letters and diaries, to illuminate the fragile truce and bring to life this extraordinary moment in time.