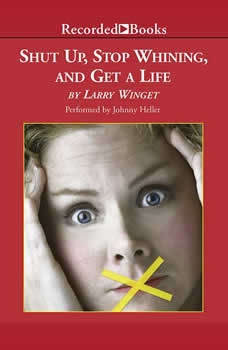 Shut Up, Stop Whining, and Get a Life: A Kick-Butt Approach to a Better Life

Shut Up, Stop Whining, and Get a Life is a Wall Street Journal number one best-seller that isn't afraid to tell you it's time to change. From motivational speaker Larry Winget, also known as The Pitbull of Personal Development and The World's Only Irritational Speaker, comes a not-so-typical self help book. Winget's hilarious and in-your-face observations about the sometimes ugly truth of life will make you kick yourself in the butt and encourage you to change your life for the better.

The definitive playbook by the pioneers of Growth Hacking, one of the hottest business methodologies in Silicon Valley and beyond. It seems hard to believe today, but there was a time when Airbnb was the best-kept secret of travel hackers and couch...

The Emigrant Edge
by Brian Buffini

Brian Buffini, an Irish immigrant who went from rags to riches, shares his strategies for anyone who wants to achieve the American dream.Born and raised in Dublin, Ireland, Brian Buffini immigrated to San Diego, California at the age of nineteen wit...