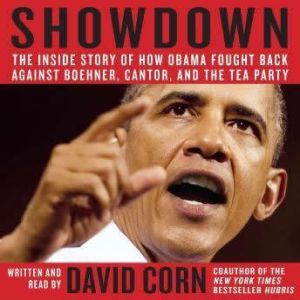 Veteran journalist David Corn—Washington Bureau Chief for Mother Jones magazine and New York Times bestselling author of Hubris (with Michael Isikoff) and The Lies of George W. Bush—now brings us  Showdown, the dramatic inside story of Barack Obama’s fight to save his presidency. With Bob Woodward-esque insight and narrative flair, Corn takes readers into the White House and behind the political scenes during the beleaguered president’s pivotal third year, and explores the most earth-shaking events of the Obama presidency—from the game changing 2010 elections to the Arab Spring, the debt ceiling battle with Congressional Republicans, the killing of Osama bin Laden and beyond.