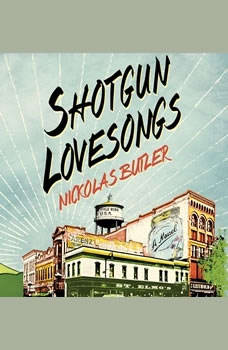 Welcome to Little Wing.It's a place like hundreds of others, nothing special, really. But for four friends—all born and raised in this small Wisconsin town—it is home. And now they are men, coming into their own, or struggling to do so.One of them never left, still working the family farm that has been tilled for generations. But others felt the need to move on, with varying degrees of success. One trades commodities, another took to the rodeo circuit, and one of them even hit it big as a rock star. And then there's Beth, a woman who has meant something special in each of their lives.Now all four are brought together for a wedding. Little Wing seems even smaller than before. While lifelong bonds are still strong, there are stresses—between the friends, between husbands and wives. There will be heartbreak, but there will also be hope, healing, even heroism as these memorable people learn the true meaning of adult friendship and love.Seldom has the American heartland been so richly and accurately portrayed. Though the town may have changed, the one thing that hasn't is the beauty of the Wisconsin farmland, the lure of which, in Nickolas Butler's hands, emerges as a vibrant character in the story. Shotgun Lovesongs is that rare work of fiction that evokes a specific time and place yet movingly describes the universal human condition. It is, in short, a truly remarkable audiobook—a novel that once listened to will never be forgotten.