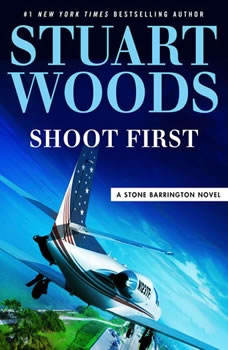 Stone Barrington is enjoying a round of golf in Key West when the game is violently interrupted--and it seems as if the target of the disturbance may have been one of his playing companions, the brilliant businesswoman behind a software startup on the cutting edge of technology. Soon, it becomes clear that this incident is only the first thrust in a deadly scheme to push the beautiful young woman out of the way and put her company's valuable secrets up for grabs.

From the sun-soaked Florida shores to an idyllic English country retreat, Stone embarks on a quest to protect his lovely new companion while searching for the mastermind behind the plot against her. But he may find that her enemy is far more resourceful--and dangerous--than he could have anticipated.