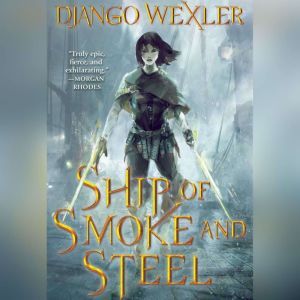 Ship of Smoke and Steel

Ship of Smoke and Steel is the launch of Django Wexler's cinematic, action-packed epic fantasy Wells of Sorcery trilogy. In the lower wards of Kahnzoka, the great port city of the Blessed Empire, eighteen-year-old ward boss Isoka enforces the will of her criminal masters with the power of Melos, the Well of Combat. The money she collects goes to keep her little sister living in comfort, far from the bloody streets they grew up on. When Isoka's magic is discovered by the government, she's arrested and brought to the Emperor's spymaster, who sends her on an impossible mission: steal Soliton, a legendary ghost ship-a ship from which no one has ever returned. If she fails, her sister's life is forfeit. On board Soliton, nothing is as simple as it seems. Isoka tries to get close to the ship's mysterious captain, but to do it she must become part of the brutal crew and join their endless battles against twisted creatures. She doesn't expect to have to contend with feelings for a charismatic fighter who shares her combat magic, or for a fearless princess who wields an even darker power. "Truly epic, fierce, and exhilarating, Ship of Smoke and Steel will capture you and lock you away. With magical combat sequences fit for the big screen, the action is almost as breathtaking as the intrigue." -Morgan Rhodes, New York Times bestselling author of the Falling Kingdoms series 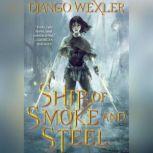 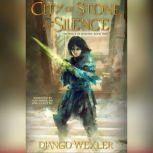 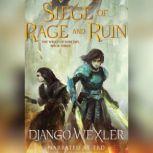 Ship of Smoke and Steel
Wells of Sorcery #1

City of Stone and Silence
Wells of Sorcery #2

Siege of Rage and Ruin
Wells of Sorcery #3