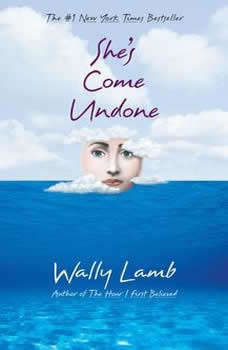 Reading Group Discussion Points How does Dolores' life parallel her mother's and how does she ultimately triumph and move beyond her tie to her mother's failures? Discuss the significance of water in the novel—as a symbol of both Dolores' breaking points and eventual recovery. How is religion, particulary Catholicism, treated in the novel? Is it a legitimate source of strength or simply another crutch to avoid dealing with the real problems in Dolores' family? Death, in many forms, frequently occurs in the novel. What is the impact of death on Dolores and is she ever able to move beyond the initial tragedy of her baby brother's death? Throughout her life, no matter where she is, Dolores always feels like on outsider. What perspective of reality dictates her actions—is Dolores misguided or is she a victim of her circumstances? How is Dolores' sexuality used to reflect her voyage in society Is her path in life guided by her dysfunctional relationships with men, beginning with her father, or are the men in her life simply potholes in her quest to search for her identity? Dolores' earliest memory revolves around the day her family received their first television set. Discuss the prevalence of popular culture in the novel, both in the shaping of Dolores' identity and the world she lives in. Whether talented or not, many characters in the novel express themselves through some form of art. Does "art imitate life" or does "life imitate art," and how is art used to give life to the characters and their emotions? Dolores frequently encounters people in her life who mirror family members who have disappointed her over the years. What is the role of the family and how does Dolores ultimately compensate for her losses through her relationships with caring outsiders? Dolores is both adored and loathed for her unconventional appearance. How is body image treated in the novel and how does it affect Dolores' growth and placement in society. Is her problem with social assimilation unique to her experience or a symptom of our society's definition of beauty? Discuss the significance of Dolores' mother's flying leg painting. Her mother is killed before she really gets a chance to fly—what facilitates Dolores' ability to finally accept her mother's failures and create her own wings to fly towards a better future? Much of the attention of She's Come Undone has focused on a male writer's ability (or inability) to write authentically in the voice of a female character. What other male fiction writers of the present and/or the past have experimented with women's "voices"? What female writers have written in the voice of males? Is it appropriate for fiction writers to give themselves such "gender-bending" assignments? Is it politically correct? Is it a more socially acceptable task for writers of one gender than for the other? Wally Lamb has described "good literature" as writing that explores the imperfections of the world and "kicks readers in their pants, shakes them out of their complacency about a world that needs fixing." Do you agree or disagree with this definition? How does it apply to She's Come Undone?

She's come undone is a fantastic read...every woman can relate to the struggles and find themselves in some stage of their lives in this wonderful novel.

This was a great book, at times I couldn't put it down.

I was expecting to be blown away by this book and was a little disappointed. While the heroine faced more than her fair share of trauma it was difficult to empathize with her. It seems to me that not only did she bring about much of her own grief but she went out of her way to cause grief for others. After finishing I was left with the feeling of Is that it?Meh.