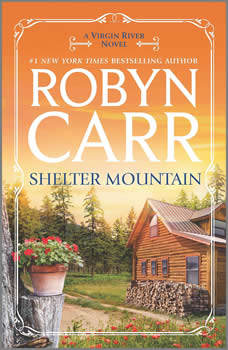 Critically praised author Robyn Carr populates her wonderful series [with] fully dimensional characters (Booklist, starred review). In Shelter Mountain, a burly giant of a man discovers his tender side when his strength is needed most. Stone-faced Marine veteran John Preacher Middleton intimidates just about everyone who enters Jacks bar up in Virgin Rivera tiny, rough-hewn town overshadowed by Californias towering redwoods. But then in walks Paige, a distraught, battered young mother. From his days in combat, Preacher knows a crisis situation when he sees one, and Paige is a clear case. Shes desperately seeking protection from her abusive, drug-addicted ex-husband. Stirred by emotions hes buried for years, Preacher promises (Semper Fidelis) to become Paiges guardianand maybe something more. And Lord help the ex-husband should he dare stalk Paige on Preachers turf. Acclaimed narrator Therese Plummer performs this second novel in Robyn Carrs beloved Virgin River series with dramatic poise.