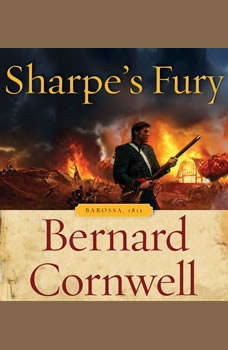 The year is 1811 and the French appear to have won their war in Portugal and Spain, with Spain fallen to the invader except for the sea-wrapped city of Cadiz. Captain Richard Sharpe has no business being in Cadiz, but an attack on a French held bridge goes disastrously wrong and Sharpe finds himself in a city under French siege and political rivalry. Some Spaniards believe their country's future would he best served by forging a friendship with Napoleon's France, and their cause is helped when some letters, written to a whore by the British ambassador, fall into their possession. They resort to blackmail, and Sharpe is released into the alleys of Cadiz to find the whore and retrieve the letters.Yet defeating the blackmailers will not save the city. That is up to the charismatic Scotsman, Sir Thomas Graham, who takes a small British army to attack the French siege lines. The attack goes horribly wrong, Sir Thomas's outnumbered army is trapped, and Richard Sharpe finds himself embroiled in one of the most desperate infantry struggles ever to have been fought. In a bloody and stirring battle, Sharpe and the English get their revenge and their victory, but at a terrible cost. A triumph of both historical and battle fiction, Sharpe's Fury will sweep both old and new Sharpe fans into their hero's incredible adventures.Performed by Paul McGann