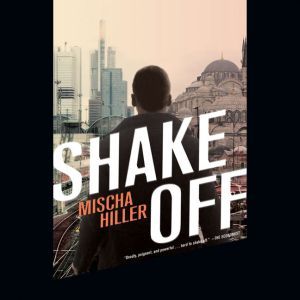 An internationally acclaimed thriller of love, espionage and subterfuge, in which Middle East meets West with dangerous consequences.Years of training have transformed Michel Khoury into a skilled intelligence operative. A refugee whose family was murdered by extremists, he has one mission: the peaceful resolution of the Middle East conflict that upended his life.An alluring enigma, he attracts the attention of Helen, a pretty English girl who lives in the adjacent apartment. As their relationship develops, Michel is unable to tell Helen about his past--or the collection of passports and unmarked bills he's concealed in the bathroom they share.When Michel's secrets turn deadly, Helen and Michel find themselves pursued through the streets of London, Berlin and the Scottish countryside, on the run from the very people they thought they could trust.A critically celebrated novel that "recalls the cool detachment and compelling eye for ordinary detail that characterized the early thrillers of Graham Greene" (Independent on Sunday), SHAKE OFF is that rare breed of riveting tale--of intrigue and suspense, love and betrayal--that announces a bold new voice for our increasingly global times.