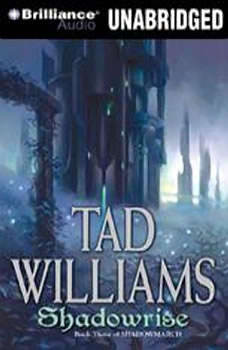 Southmarch Castle is about to be caught between two implacable enemies, the ancient, immortal Qar and the insane god-king, the Autarch of Xis. Meanwhile, its two young defenders, the king’s children Princess Briony and Prince Barrick, are both trapped far away from home and fighting for their lives.Barrick is lost behind the Shadowline, facing all the terrible dangers and mysteries of that magical twilight land. Briony is alone in a treacherous foreign court, struggling to survive with no weapon left to her but her wits. And in the midst of all this, something unbelievable is awakening underneath Southmarch, something powerful and terrible that the world has not seen for thousands of years.In this third volume Barrick and Briony, along with Qinnitan—the Autarch’s desperate, escaped slave—a loyal soldier named Ferras Vansen, and a tiny handful of other folk, ordinary and extraordinary, must find a way to save their world, or else witness the rise of a terrible new age—an age of unending darkness.