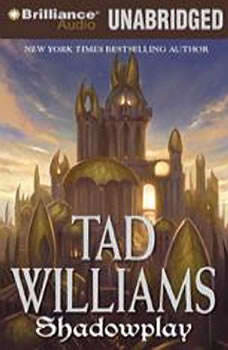 Now the family has been shattered. King Olin Eddon is a prisoner in a faraway land. Olin's heir Kendrick is dead — slain by treachery and dark, bloody magic — and Kendrick's younger brother and sister have barely escaped several attempts on their own lives. With their father and brother taken from them, the royal twins Barrick and Briony have done their best to hold the kingdom together. Old magics are stirring beneath the ancient castle and behind the Shadowline, and the machinations of gods, fairies, and mortals threaten to spread devastation across the entire world. Even if Barrick and Briony survive learning the astonishing truths at the heart of their own family and of Southmarch itself, they must still find a way to do the impossible: they must reclaim their kingdom and rescue their home and people from a multitude of powerful enemies — from traitors, tyrants, a god-king, and even the angry gods themselves.