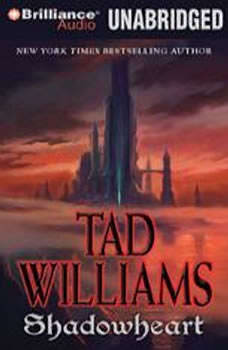 Thousands of years ago the gods fought and fell in the deeps beneath what is now Southmarch Castle, then were banished into eternal sleep. Now at least one of them is stirring again, dreaming of vengeance against humankind. Southmarch haunts the dreams of men as well as gods. Royal twins Barrick and Briony Eddon, the heirs of Southmarch’s ruling family, are hurrying back home as well: Barrick now carries the heritage of the immortal Qar inside him, and Briony has a small army at her back and a fiery determination to recover her father’s throne and revenge herself on the usurpers. The cruel and powerful southern ruler known as the Autarch of Xis wants the power of the gods for his own, a power he can only gain if he conquers Southmarch. And nobody knows what the Qar want, only that the mysterious fairy - folk are prepared to die for it — or to kill every living thing in Southmarch Castle and in all the lands around. It will come to an apocalyptic conclusion on Midsummer Night, when the spirits of the haunted past and the desperate struggles of the present come together in one great final battle. Many will die. Many more will be transformed out of all recognition, and the world will be forever changed.