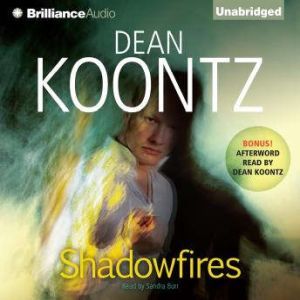 Rachel''s request for a quick and clean divorce enraged her husband. She had never seen Eric so angry, so consumed by pure and terrifying hatred. Then, in the heat of the moment, Eric was struck down in a traffic accident. His death was instantaneous. Shocked and relieved, Rachel had nothing left to fear. Until Eric''s body disappeared from the morgue—and Rachel was stalked by someone who looked like her dead husband…Shadowfires

The other reviews have really summed up this book. Must read for fans of the genre...or fans of fiction in general.