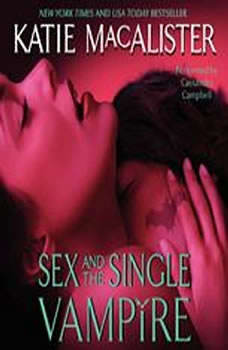 Sex and the Single Vampire

Series: The Dark Ones series #2

An undying classic from Katie MacAlister, Sex and the Single Vampire is a paranormal romance lover’s delight, ideal for fans of Lynsay Sands and her Argeneau vampire family novels. This perennial New York Times bestselling author knows what readers are hungry for: sexy and funny tales of otherworldly passion featuring hot, dark, immortal alpha heroes searching for their happily forever afters. In Sex and the Single Vampire, MacAlister’s Dark One is an arrogant, studly romance novelist whom struggling “summoner” Alie mistakes for a specter…and recognizes as the fantasy man who has lately been invading her dreams!

The Dark Ones series Bundle

Sex and the Single Vampire
The Dark Ones series #2

A Girl's Guide to Vampires
The Dark Ones series #1

Sex, Lies, and Vampires
The Dark Ones series #3