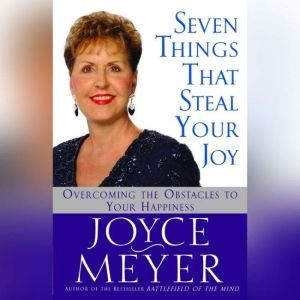 Seven Things That Steal Your Joy: Overcoming the Obstacles to Your Happiness

#1 New York Times bestselling author Joyce Meyer reveals the seven most common obstacles to living a happy life and the ways to triumph over them.