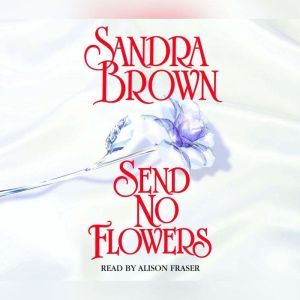 From the beloved Sandra Brown, whose "storytelling gift [is] surprisingly rare" (Toronto Sun), comes this New York Times bestselling novel, an exquisitely sensual tale of a young woman's sudden, irresistible affair with a stranger—a man whose secret could shatter her life....

Since the death of her husband, Alicia Russell has struggled to take care of her two young sons alone. But when a sudden storm threatens to ruin a family camping trip, Alicia must rely upon a stranger for help. Before long, the man offers much more than shelter from the storm.

Handsome, sensual, and slightly mysterious, Pierce Reynolds showers much-needed attention on Alicia's sons—and reminds her how it feels to be desired. But even as Pierce tempts Alicia to explore her newly reawakened longings, he holds her at arm's length, his only explanation a silent refusal to share the secrets of his heart.

Alicia knows she can't give Pierce up without a fight. But how can she convince him that love is a risk worth taking?