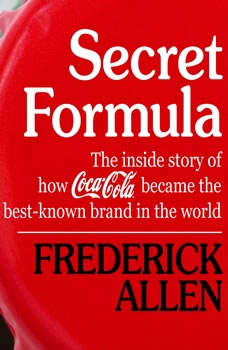 Secret Formula: The Inside Story of How Coca-Cola Became the Best-Known Brand in the World

Secret Formula follows the colorful characters who turned a relic from the patent medicine era into a company worth $80 billion. Award-winning reporter Frederick Allen's engaging account begins with Asa Candler, a nineteenth-century pharmacist in Atlanta who secured the rights to the original Coca-Cola formula and then struggled to get the cocaine out of the recipe. After many tweaks, he finally succeeded in turning a backroom belly-wash into a thriving enterprise. Written with unprecedented access to Coca-Cola's archives, as well as the inner circle and private papers of Woodruff, Allen's captivating business biography stands as the definitive account of what it took to build America's most iconic company and one of the world's greatest business success stories.

Restaurant Success by the Numbers, Se...
by Roger Fields

Running a Restaurant For Dummies
by Andrew G. Dismore