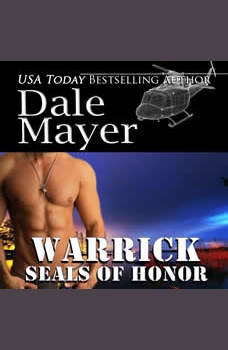 Warrick Canton works with Mason’s Navy SEAL team and he’s going stir-crazy on the sidelines while he heals from an ankle injury. He longs for a relationship like the ones his buddies have, but, after his girlfriend of three years dumps him just when he thinks they’re solid, he struggles to believe it’s possible. He’s invited to a backyard barbecue at Mason’s house, where he meets up with the spitfire he’s met before and knows won’t give an inch. Warrick is intrigued, even though the she-devil won’t stop arguing long enough to get to know her.

Penny Magnus loves her job as a clerk in the medical insurance offices, but trying to get stubborn men to fill out a few forms properly isn’t her idea of a good time. With a fiery personality, Penny’s open to starting a new romance but absolutely not with a difficult man, even if he is gorgeous. Her best friend got herself in an ugly relationship and had to ask Penny for help in escaping him.

Now, just when Penny and Warrick are calming down enough to actually connect, her friend’s boyfriend contacts her. He blames Penny for the mess she created when she tore the love of his life from him. He goes on a rampage, targeting Penny–only he’s thwarted by one big, badass warrior standing firmly in his way, protecting her. All he needs is for Warrick to make one tiny mistake…