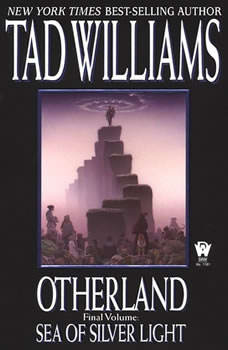 A group of adventurers searching for a cure for comatose children find themselves trapped in a sequence of virtual worlds, the only opponents of a conspiracy of the rich to live forever in a dream. Now, they are forced to make an uneasy alliance with their only surviving former enemy against his treacherous sidekick Johnny Wulgaru, a serial killer with a chance to play God forever.

Mountain of Black Glass is the third volume of Tad Williams' highly acclaimed four-book series, Otherland. A truly unique reading experience combining elements of science fiction,fantasy, and techno-thriller, it is a rich epic tale in...