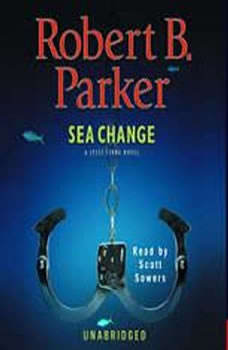 A battered body washes ashore in Paradise, Massachusetts, during the town's biggest event - Race Week. Jesse's investigation takes him to Florida, and back, while his private life takes him back to his ex-wife.

Widow's Walk
by Robert B. Parker

The indefatigable, poetry-dishing Spenser finds himself in the middle of yet another whopper of a case. A seemingly dim blonde with a supermodel-class body is accused of murdering her blue-blooded, Mayflower-descended banker of a husband. Her alibi:...

I HAVE TO SAY THAT WHEN IT COMES TO ROBERT B. PARKER YOU CANNOT ASK FOR A BETTER STROY TELLER. WHEN YOU START THIS BOOK YOU WILL NOT PUT IT DOWN. I STARTED TO READ IT AT 10:00 AT NIGHT AND FINALY PUT IT DOWN AT 1:00 AM WHEN I FINISHED READING THE THOUGH THING. I HAVE YET TO FIND A BOOK BY HIM THAT I DID NOT LIKE. YOU ARE MISSING OUT IF YOU DO NOT READ THIS BOOK AND ALL THE REST OF HIS. YOU WILL ENJOY THIS BOOK.. HAPPY READING

This book put me to sleep. I was listening to it on my way home from work and I started nodding off. I wasn't tired, the story is very boring. Also the prudishness of the characters was aggravating. I made it halfway through disk 3 of 5 and sent it back in.