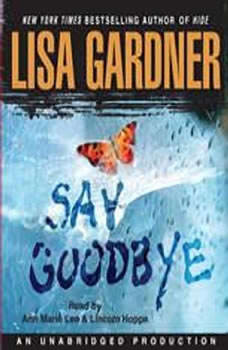 The bestselling author of Hide and Gone draws us into the venomous mind games of a terrifying killer.

For Kimberly Quincy, FBI Special Agent, it all starts with a pregnant hooker. The story Delilah Rose tells Kimberly about her johns is too horrifying to be true—but prostitutes are disappearing, one by one, with no explanation, and no one but Kimberly seems to care.

As a member of the Evidence Response Team, dead hookers aren’t exactly Kimberly’s specialty. The young agent is five months pregnant—she has other things to worry about than an alleged lunatic who uses spiders to do his dirty work. But Kimberly’s own mother and sister were victims of a serial killer. And now, without any bodies and with precious few clues, it’s all too clear that a serial killer has found the key to the perfect murder . . . or Kimberly is chasing a crime that never happened.

Kimberly’s caught in a web more lethal than any spider’s, and the more she fights for answers, the more tightly she’s trapped. What she doesn’t know is that she’s close—too close—to a psychopath who makes women’ s nightmares come alive, and if he has his twisted way, it won’t be long before it’ s time for Kimberly to . . .

When her four year old daughter informs her a sick man is in their yard, Honor Gillette rushes out to help him. But that "sick" man turns out to be Lee Coburn, the man accused of murdering seven people the night before. Dangerous, desperate, and ar...

The Burning Room
by Michael Connelly

A special signed limited edition of the new thriller from #1 New York Times bestselling author Michael Connelly follows Detective Harry Bosch and his new partner as they investigate a recent murder where the trigger was pulled nine years earlier.In...

Secrets to the Grave
by Tami Hoag

#1 New York Times bestselling author Tami Hoag returns with her second thriller in the Deeper than the Dead microseries, exploring the early days of forensic investigation, the characteristics of innocence-and the nature of evil. Marissa Fordham had...

Catch Me
by Lisa Gardner

In four days, someone is going to kill me. . . . Detective D. D. Warren is hard to surprise. But a lone woman outside D.D.’s latest crime scene shocks her with a remarkable proposition: Charlene Rosalind Carter Grant believes that she will be...

I really love Lisa Gardner's books having to do with Quincy and Rainie and eventually including Kimberly and Max. This book was really good, but the subject was very, very disturbing to me. Without giving spoilers, it gave a lot of good and disturbing information for those of us that are parents. If you enjoy a good thriller with a dab or two of romance, you will really enjoy this series of books.