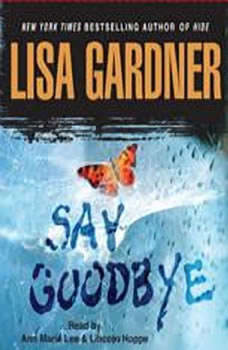 The bestselling author of Hide and Gone draws us into the venomous mind games of a terrifying killer.

For Kimberly Quincy, FBI Special Agent, it all starts with a pregnant hooker. The story Delilah Rose tells Kimberly about her johns is too horrifying to be true—but prostitutes are disappearing, one by one, with no explanation, and no one but Kimberly seems to care.

As a member of the Evidence Response Team, dead hookers aren’t exactly Kimberly’s specialty. The young agent is five months pregnant—she has other things to worry about than an alleged lunatic who uses spiders to do his dirty work. But Kimberly’s own mother and sister were victims of a serial killer. And now, without any bodies and with precious few clues, it’s all too clear that a serial killer has found the key to the perfect murder . . . or Kimberly is chasing a crime that never happened.

Kimberly’s caught in a web more lethal than any spider’s, and the more she fights for answers, the more tightly she’s trapped. What she doesn’t know is that she’s close—too close—to a psychopath who makes women’ s nightmares come alive, and if he has his twisted way, it won’t be long before it’ s time for Kimberly to . . .

The Neighbor
by Lisa Gardner

From a master of suspense comes a chilling novel that explores the dangers lurking closer than you think. Because even in the perfect family, you never know what is going on behind closed doors…. This is what happened… It was a case ...

I really love Lisa Gardner's books having to do with Quincy and Rainie and eventually including Kimberly and Max. This book was really good, but the subject was very, very disturbing to me. Without giving spoilers, it gave a lot of good and disturbing information for those of us that are parents. If you enjoy a good thriller with a dab or two of romance, you will really enjoy this series of books.

Right Behind You
FBI Profiler #7