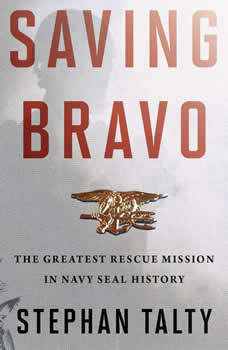 The untold story of the most important rescue mission not just of the Vietnam War, but the entire Cold War: one American aviator, who knew our most important secrets, crashed behind enemy lines and was sought by the entire North Vietnamese and Russian military machines. One Navy SEAL and his Vietnamese partner had to sneak past them all to save him. At the height of the Vietnam War, few American airmen are more valuable than Lt. Colonel Gene Hambleton. His memory is filled with highly classified information, and he knows secrets about cutting-edge missile technology that the Soviets and North Vietnamese badly want. When Hambleton is shot down behind enemy lines in the midst of North Vietnam's Easter Offensive, US forces place the entire war on hold to save a single man hiding amongst 30,000 enemy troops and tanks. Airborne rescue missions fail, killing eleven Americans. Finally, Navy SEAL Thomas Norris and his Vietnamese guide, Nguyen Van Kiet, volunteer to go after him on foot. Gliding past hundreds of enemy soldiers, it takes them days to reach a starving Hambleton, who, guided toward his rescuers via improvised radio code, is barely alive, starved, and hallucinating after eleven days on the run. In this deeply-researched, untold story, award-winning author Stephan Talty describes the extraordinary mission that led Hambleton to safety. Drawing from dozens of interviews and access to unpublished papers, Saving Bravo is the riveting story of one of the greatest rescue missions in the history of the Special Forces.