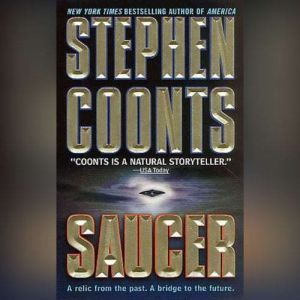 When Rip Cantrell, a seismic survey worker in the Sahara, spots a glint of reflected light in the distance—he investigates and finds a piece of metal apparently entombed in the sandstone. Before long, Rip and his colleagues uncover a flying saucer that has been resting there for 140,000 years.Their discovery doesn't remain a secret for long. The U.S. Air Force sends a UFO investigation team, which arrives just minutes before a team sent by an Australian billionaire to steal the saucer's secrets. Before either side can outwit the other, the Libyan military arrives.Meanwhile, Rip has been checking out the saucer. With the help of a beautiful ex-Air Force test pilot, Charley Pine, Rip flies the saucer away, embarking on a fantastic journey into space and around the world, keeping just ahead of those who want the saucer for themselves.

Although I'm not really, into, Flying Saucers, this book was really very good. Lots of fun. Stephen Coonts is good. I'd recommend it.

wow - This novel was the most cheeziest novel I have ever listened. ....The dialogue is hoakey... plots almost non existant and perdictible.

Dont let the standard reviews fool you: this is a prime piece of satire. From an American president who is sweating and messing up his makeup on national TV over whether hell have to welcome aliens into a multicultural White House, from the blowhard TV evangelist John Bob its officially The End of Time, or at least the coming of the AntiChrist, to the UFO special military attache Joe Bombing DeLoreo, this spoof of US secrecy and world bossiness is done with such clever tongueincheek that taking it seriously is far too easy if youre too serious about your UFOs.Besides that, its a great piece of flying fiction by a knowledgeable pilot, and for us aircraft drivers, it makes flying into space seem just a little more plausible and concrete. Great barnstorming read! 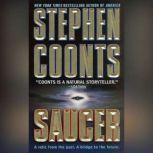 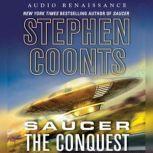 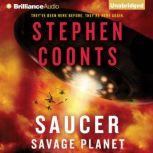