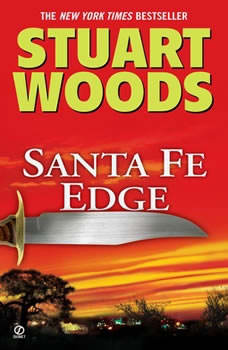 If you run into trouble in Santa Fe, Ed Eagle is the man to see.

Ed Eagle, the six-feet-six, take-no-prisoners Santa Fe attorney, has recovered from his encounters with Mexican organized crime and-more treacherously-his ex-wife, Barbara. Now a mysterious new client has come his way, one who may shed light into some dark corners of Ed's past...and put him in danger once more.

Not Good !!! Was Very Very Disappointed !!! I have listened to all the others in this seriers and this was not up to the same standards. It had a different writing technic. It sounded to me like it was written by a ghost writer for him.